Learn how to perform Hajj 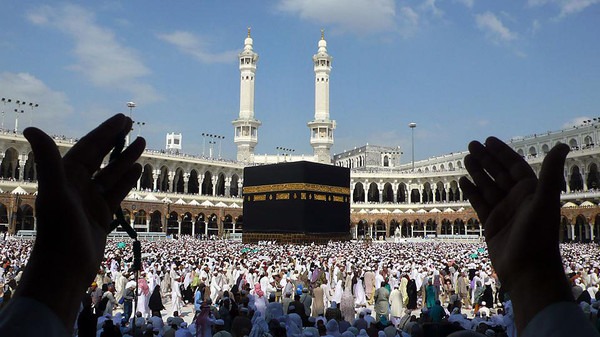 Hajj lessons with DVD guides take place at the Bureaus nationally each year.

For those who are going for Hajj this year or would like to learn more about it, please dont hesitate to visit your nearest Bureaus in Limbe, Balaka and Lilongwe.

The obligation of Hajj is great in its rituals, sublime in its characteristics, noble in its fruits, magnificent in its benefits and wonderful in its effects. It has uncountable benefits and interests. Rather, Hajj includes the noblest objectives, the greatest wisdom and extraordinary benefits. Allah Almighty Has Pointed out such benefits and objectives in simple words, Saying (what means): {And proclaim to the people the Hajj [pilgrimage]; they will come to you on foot and on every lean camel; they will come from every distant pass. That they may witness benefits for themselves.} [Quran 22: 27-28] Ibn ‘Abbaas, May Allah Be Pleased with him, said, “The benefits of the worldly life and the Hereafter.”

One of the greatest and foremost objectives of Hajj is raising the banner of Tawheed high and reviving its characteristics that have perished. This is the most important and clear objective of the journey of Hajj. It accompanies it from the very beginning through dedicating one’s intention to Allah Almighty, Alone, and raising the voice with Talbiyah to the very end with the last time of throwing the pebbles during the last Days of At-Tashreeq, which is the last of the rituals of Hajj that the pilgrim does before performing Tawaaf Al-Wadaa‘, leaving Makkah to go home.

The people of the pre-Islamic era and Quraysh used to say Talbiyah and associate partners with Allah Almighty in Talbiyah, saying:

However, when the Prophet, SallAllahu ‘alayhi wa sallam, came, he taught his Ummah pure Tawheed through the great beautiful Talbiyah:

This Talbiyah indicates sincere devotion and repentance, Tawheed without associating partners and sincerity that is free of showing off. Actually, every act that does not have sincerity lacks blessings and will not be accepted. The Prophet, sallAllahu ‘alayhi wa sallam, said that Allah Almighty Says:

He who does something for someone else’s sake as well as Mine will have that action renounced by Me to him whom he associated with Me and I Will Disassociate Myself from him.

Therefore, the first lesson that the pilgrim and the Ummah as a whole should learn perfectly from the lessons of Hajj is that of Tawheed and repenting to Allah Almighty again at a time when people have started to worship many different gods and deities and sound faith has disappeared in the hearts of its people exactly as the embroideries of a garment do. People have given up worshiping Allah Almighty to worship others than Him such as supplicating the dead, believing in the Awliyaa’, ascribing worship, presents and vows to the graves, seeking a child for a barren woman from them, seeking a husband for a young woman that stayed a long time in the house of her father unmarried, seeking a cure for the ill or the return of the absent.

As for people nowadays, if adversity touches them, they turn to the gods of the earth. They depend upon them; call upon them; supplicate them; seek help and support from them; and present sacrifices for them, even if the sacrifice is to slaughter Tawheed and sound faith.

Not to mention worshiping desires, property, wives, children and the like. Hajj comes to change all such things. It comes to destroy the throne of Shirk and establish the tower of Tawheed on its ruins: Labbayka Allahumma labbayk, Labbayka la shareeka laka labbayk, Innal hamda wan-ni‘amata laka wal mulk, la shareeka lak. You the Almighty Are The True God and True Deity. There is no Lord except You. There is no god other than You. Here I come in response to Your call, truly in devotion and slav¬ery.

Adhering firmly to the footsteps of the Prophet, sallAllahu ‘alayhi wa sallam:

Amongst the lessons of Hajj is that the Ummah has to learn, remember and comprehend – rather, it has to have firm conviction – that there is no sublimity, success, prosperity nor guidance except through adhering to and following the way of the Prophet, sallAllahu ‘alayhi wa sallam. To adhere firmly to the footsteps of the Prophet, sallAllahu ‘alayhi wa sallam, means that one should adhere to his guidance regarding belief, actions, conduct, manners, rulings and accepting his judgments.

Hajj is a wonderful lesson in this regard. It is practical practice that the pilgrim will do and the whole Ummah will witness. It has specific rituals and magnificent order that all pilgrims do at the same time and place. The Prophet, sallAllahu ‘alayhi wa sallam, has explained this issue while saying when performing every ritual of Hajj: “Learn from me your rituals (of Hajj and ‘Umrah).”

Therefore, Ibn ‘Abbaas, May Allah Be Pleased with him, said, “Perform Hajj in the same way the Prophet, sallAllahu ‘alayhi wa sallam, did and never say this is a Sunnah and this is obligatory.”

This matter is not confined to Hajj only, but rather it is to be done in all the different walks of life. Everyone has to obey the Prophet, sallAllahu ‘alayhi wa sallam, and follow his guidance, otherwise, doom and abyss will be his fate. Allah Almighty Says (what means): {But no, by your Lord, they will not [truly] believe until they make you, [O Muhammad], judge concerning that over which they dispute among themselves and then find within themselves no discomfort from what you have judged and submit in [full, willing] submission. } [Quran 4: 65] 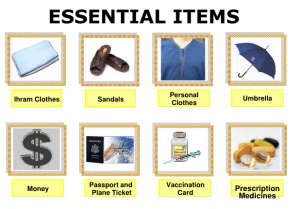 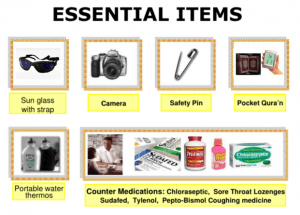 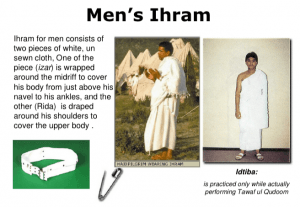